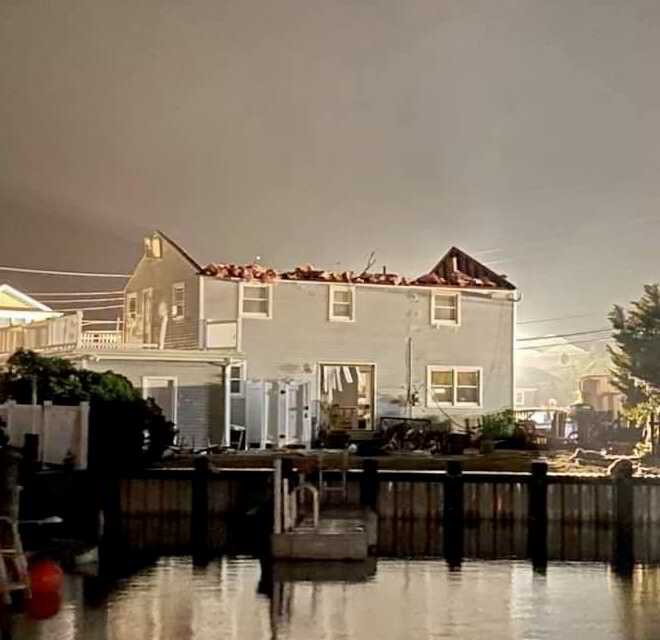 LBI: On July 29, at 9:22 pm the Long Beach Township Police Department received three 9-1-1 emergency calls for medical assistance in the High Bar Harbor section of Long Beach Township. Officers responding advised that there were four utility poles damaged and multiple houses roofs blown off in the area. It was suspected at the time that a tornado had caused the damages on Antioch Rd., Arnold Blvd, Collier Avenue and Sunset Blvd. Three residents in the area were treated on scene for lacerations. Several residents were evacuated and taken to the Barnegat Light Firehouse for shelter. Thirty-five plus houses in addition to multiple boats were damaged from the suspected tornado. Harvey Cedars, Ship Bottom and Surf City Police Departments all responded to assist as well as the Ocean County Sheriff’s Department and New Jersey State Marine Police. There was also assistance provided from Stafford Township Fire and First Aid Squads in addition to each Fire and First Aid Squad on Long Beach Island. Berkeley Hazmat, the Long Beach Township Transportation Department shuttle buses and Long Beach Township Department of Public Works also assisted. NJ Natural Gas, Verizon, Atlantic City Electric and Comcast all responded and at least five utility poles were replaced. As of 6:00 am July 30th power had been restored to High Bar Harbor with the exception of approximately fifteen houses that sustained extensive damage. As of 7:30 am the National Weather Service had not made an official determination on the category of the weather system. 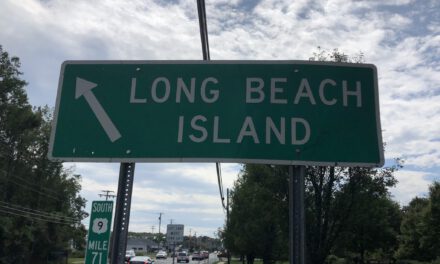 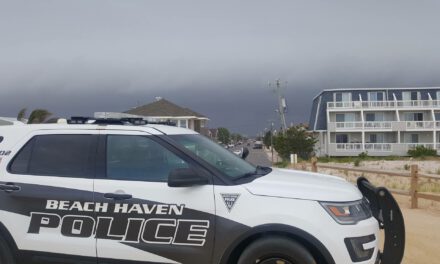 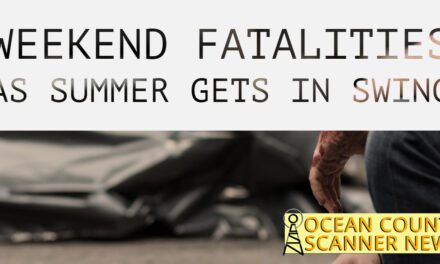 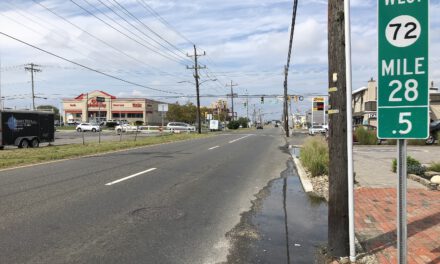