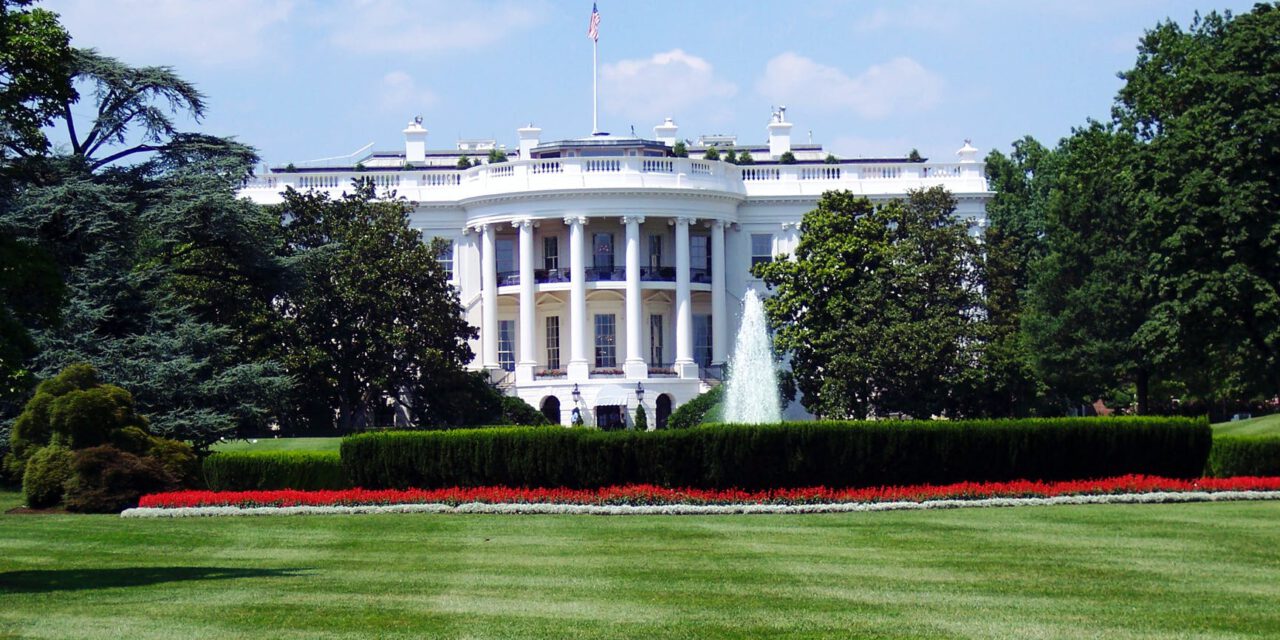 The following essay is an editorial and may expose you to some sad realities we as Americans are facing today. The opinions and contents of this essay do not necessarily reflect the opinions and beliefs of Ocean County Scanner News LLC, our affiliates or our advertisers. Please invest in a few moments to read this essay and reflect with me on the problems with politics today in the USA.

This page and website have been around serving our community for over seven years now, and we are proud of what we do. Ocean County Scanner News generally does not have a publicly stated political bias, nor do we align ourselves with either party. We share news and stories that are relevant to politics, but usually refrain from expressing many our opinions. News and current events are meant to be shared and best left for the readers to form their own opinions. We gladly share events that support either party; so, if anyone wishes to organize a “Biden 2020” Boat Parade, we will gladly share the specifics of the event for all to see. OCSN is made up of a staff of about a dozen people, all who share different political beliefs. Usually it is best to avoid crafting stories with a specific slant, but often it does come off that way.

Politics in general is broken in the United States today- and has come a far way from what our founding fathers envisioned when we broke away from Great Britain in 1776. For some stupid reason, we have become cemented in a two-party system which usually only represents the extreme sides of both beliefs. Most rational people are usually moderate and would like to pick and choose platforms from both sides to create a perfect candidate. However, the vicious cycle that perpetuates the two-party system has made it nearly impossible for a moderate or rational candidate to emerge as a winner in most elections.

To further compound the problems we are suffering from, a vast majority of “citizens” refuse to vote. We constantly hear all the time is how our Governor is a moron, but yet only 35% of New Jersey citizens eligible to vote actually did so. The anti-voters always say the same things; They hate both candidates, their vote doesn’t matter, the system is broken, and other discouraging statements. Well the time for EVERYONE’S votes to count is NOW! Let’s stop settling for the same useless candidates, and let’s start encouraging independent candidates to run for offices. Stop letting politicians buy their way into high-ranking offices with little to zero experience. Governor Murphy had one shot to make good on his promise about legalizing marijuana recreationally. Regardless if you support the legislation or not, he made a promise to voters to legalize weed within 100 days of his inauguration. A promise is a promise, one that likely contributed to his getting elected. Well the scumbag lied, so after you lie to the residents of New Jersey once and so blatantly, you automatically lose any remaining credibility. Unfortunately, he is far from the only lying politician serving. It is pathetic how many elected officials are blatant liars- and we the constituents allow this. Time is up- if you fail to deliver on a campaign promise, you deserve to be recalled. We all deserve better than to have lowlife liars in office.

Most Politicians and elected officials today are self-serving and are so far removed from their constituents that it seems impossible to initiate change that would help society. Furthermore, the two-party system has created a violent and toxic atmosphere in society which pins people against each other simply for sharing opposing viewpoints. People have forgotten that it is okay to have different opinions and beliefs and discussing them doesn’t necessarily negate an automatic label of racist, Nazi, or Libtard. The establishment feeds on the American people fighting with each other perpetually to distract us from the real issues, crimes and corruption occurring in government.

A good portion of elected officials enter public service for the wrong reasons and forget that public service means your job is to represent the popular beliefs of your constituents. If everyone took a good hard look of the sorry state of affairs in our governmental system, we would demand reform and hold people accountable. Instead of sitting down to have an educated debate about current societal issues, it is easier to misquote biased news pages, handpick data to reinforce poor attitudes, and share comical memes. We as a society need to wake up and come up with a plan to improve our lives, and then elect representatives who are ready to initiate change- or vote the incumbent dirtbags out.

The current environment of elections usually forces most of us moderate and sensible voters to choose the lesser of two evils. That is unacceptable, and we continue to tolerate the shitty situation which happens each election cycle. Now this alone doesn’t mean that all politicians and public servants are evil and trash; we have seen a few rising stars in local politics who appear to be genuine and interested in improving the lives of their constituents. We truly commend those individuals, and hope they stay focused and don’t fall victim to greed and corruption. On the other hand, a situation where career politicians have developed into a reality, which was never meant to be. If someone has held office for multiple decades and continues to be a waste of space, why do people insist of reelecting incumbents who perform poorly?

Imagine if the smoke clears and our country decides it is time to take back what is ours! Imagine if people can put aside political labels and create a solid list of issues that need to be addressed. We deliver our demands to candidates, and either they are on board or they get voted out of office. Why do most Republicans need to be so extremely conservative, and why do most Democrats need to be extremely liberal? Why is everyone so afraid of a common-sense middle ground?

Imagine a moderate political party which believes on improving society with zero regard to party politics, outside influence, and corporate sponsorship? Religion has no place in politics and needs to remain a personal choice. There is nothing wrong with being religious, but not everyone is interested in crafting public policy based on ancient myths and legends. Religion is best left to family and community.

Political Lobbying is also a plague that needs to be curtailed. There is nothing wrong with businesses or organizations sharing their best interests as suggestions to elected officials, but it always needs to come down to what is BEST for the general public. Corporations, organizations, and business entities really have no valid reason to influence the crafting of public policy.

When crafting political policies, officials should keep an open mind to leave citizens alone to make their own choices. Research history and previous failures to see what works and what has failed before in America. Our freedoms are being eroded more and more each day while many people are encouraging this. Our Bill of Rights is NOT a suggestion- it is a list of basic civil liberties that NO government has any business altering or changing. You may not agree with certain amendments, but nobody is forcing you to do anything against your will. You personally might not wish to own a firearm as stated in the Second Amendment, and that is okay. However, it is not your business to force YOUR beliefs onto others.

People get so heated over their beliefs that they often want them to reflect on others because they believe their belief is the best. This couldn’t be further from the truth in most cases. Most of the time it is a small minority of people who are outspoken, and institutions cater to them. The proverbial squeaky wheel gets the grease.  It comes down to simple choices usually, and educated adults need to be able to make their own decisions without governmental interference. As an educated adult, you can make a choice to NOT own a gun, NOT smoke marijuana, NOT buy pancake syrup with a black woman on the bottle, NOT go to Church, or all the other various things people like to argue about. Remember the old saying Mind Your Business? Perhaps a good portion of Americans need that tattooed on their arms as it seems everyone’s business is everyone’s.

I thank everyone who has made it this far and read the entire essay. I truly hope I am not alone in my feelings of disgust with politics today and hope enough of us are ready to force change. In the coming days and weeks, I hope to express more observations of current events for us all to reflect and comment upon. 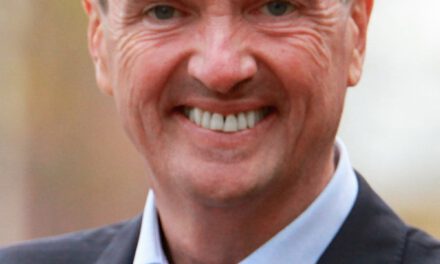 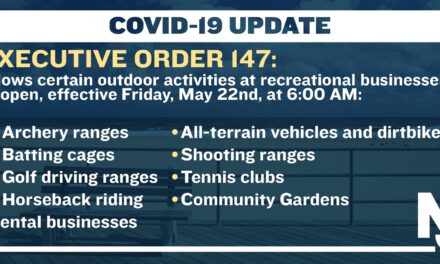 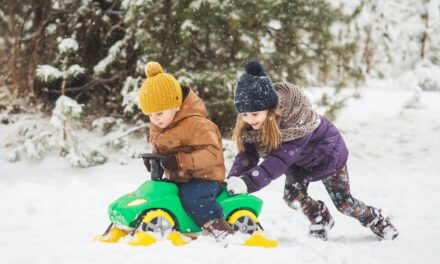 NJ: NO Sledding Due to Covid- Further Fun Scheduled to be Banned Tomorrow! 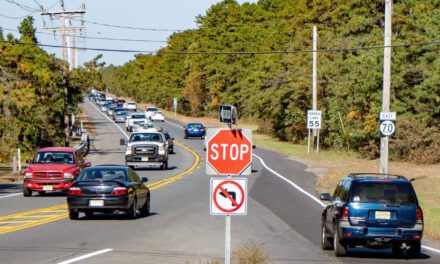