NEPTUNE — A fire on Saturday destroyed The Dunes Boardwalk Cafe in Ocean Grove and filled the Asbury Park boardwalk with smoke.

The fire appeared to be under control early Saturday afternoon before the winds whipped up the flames and smoke again. The fire caused part of the boardwalk to collapse.

After the fire erupted about 11:30 a.m., firefighters battled the flames from the roof, but flames eventually shot out of the upper part of the building.

The Asbury Park Press reported that a Neptune Township police officer pushed back the beach crowd, yelling “The whole thing is going to go.” The roof collapsed sometime after 2 p.m. Officials were investigating the cause of the fire.

The Dunes is a cooperative eatery that is home to eight restaurants at the north end of the boardwalk but was not yet open for the season.

Monmouth County Sheriff Shaun Golden said investigators believe the fire start under the boardwalk and spread to the building above it.

Winds on Saturday afternoon were gusting up to 16 mph, with a gust as high as 31 mph, New Jersey 101.5 Meteorologist Dan Zarrow said. 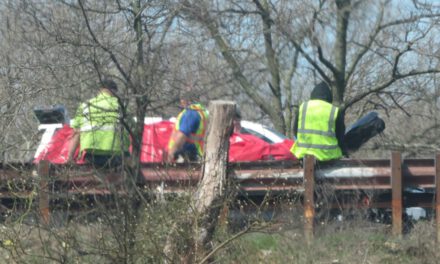 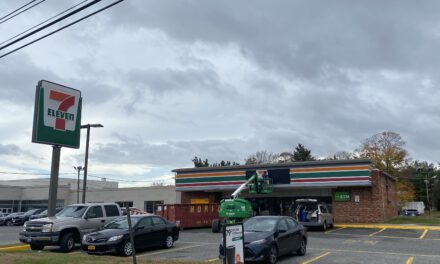 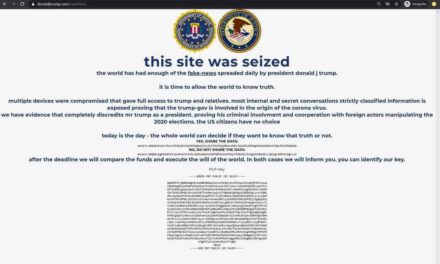 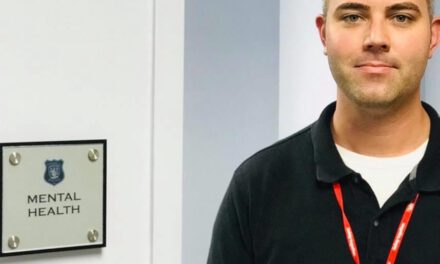