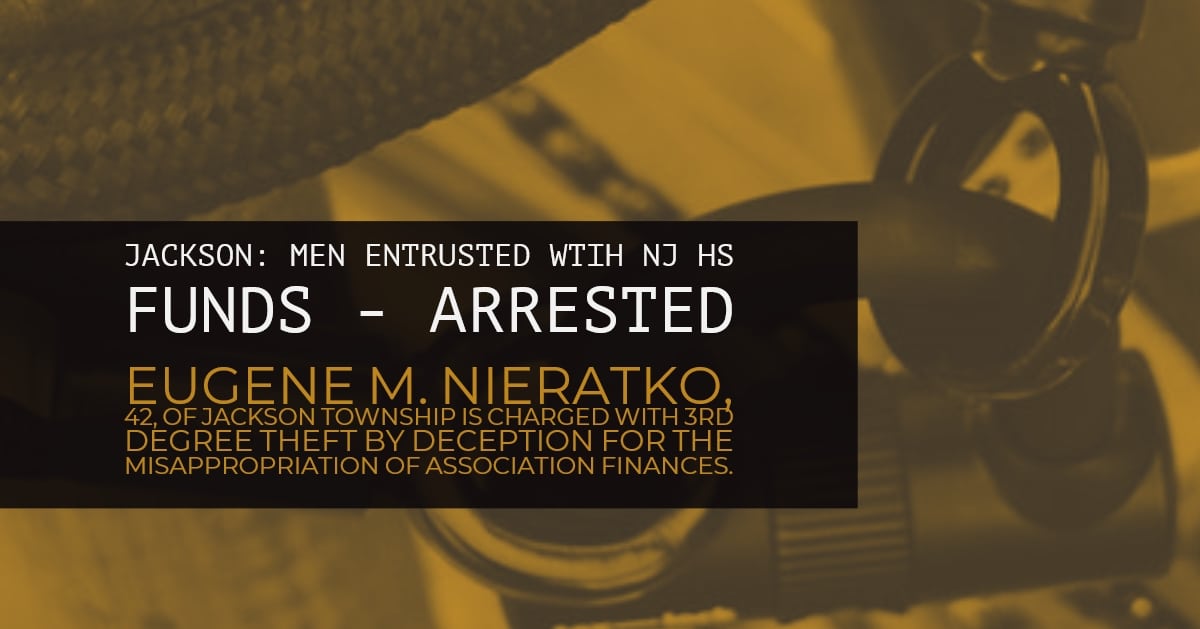 On Tuesday, August 28th, 2018  Eugene M. Nieratko, 42, of Jackson Township surrendered to the Ocean County Prosecutor’s (OCPO) Economic Crime Unit. He is currently charged with 3rd degree Theft by Deception for the misappropriation of association finances.

Nieratko, former President of the NJ High School Rodeo Association accepted monies from 9/1/2016 – 8/31/2017 from families that were to be applied to cover the insurance and fees for each ride. After several families notified OCPO that they had suspicions their payments were not actually being applied for the described services, an investigation was commenced.

The partnering detectives (James Conroy and Stephen T. Shadiack Jr.) allege that Nieratko took the money in the form of cash and checks that he requested be made out to his name. HE allegedly kept the cash, while cashing the check at a check cashing facility in Lakehurst, NJ. Record provided by the families and the National Rodeo Association out of Colorado revealed that Nieratko had allegedly taken approximately $32,000.

The investigative findings of lead investigator James Convoy were reviewed by Senior assistant Prosecutor Jill O’Malley and approved the charge. Nieratko was served his complaint summons and released to answer the charge in court at a future date as per an OCPO press release. 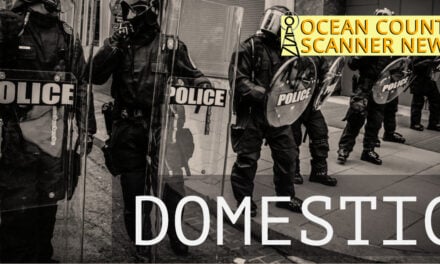 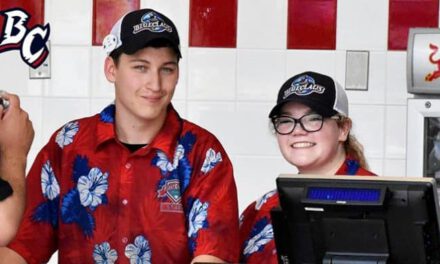 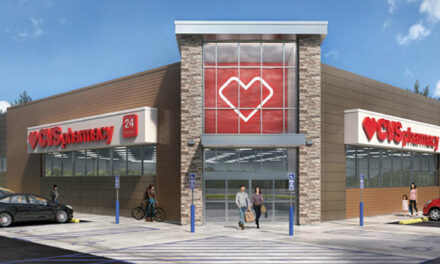